In Dynamics CRM, the database is at the heart of almost all requests to the system and the place data consistency is primarily enforced.

A common reason that problems can occur in this area is the lack of awareness of how customizations can affect transactions. SQL Server determines the appropriate locks to be taken by transactions on that data such as:

Let’s consider SQL Server database locking and the impact of separate requests trying to access the same data. In the following example, creating an account has set up a series of processes, some with plug-ins that are triggered as soon as the record is created, and some in a related asynchronous workflow that is initiated at creation. The example shows the consequences when an account update process has complex post processing while other activity also interacts with the same account record. If an asynchronous workflow is processed while the account update transaction is still in progress, this workflow could be blocked waiting to obtain an update lock to change the same account record, which is still locked.

It should be noted that transactions are only held within the lifetime of a particular request to the platform. Locks aren’t held at a user session level or while information is being shown in the user interface. As soon as the platform has completed the request, it releases the database connection, the related transaction, and any locks it has taken. 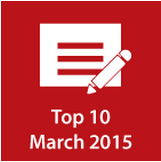